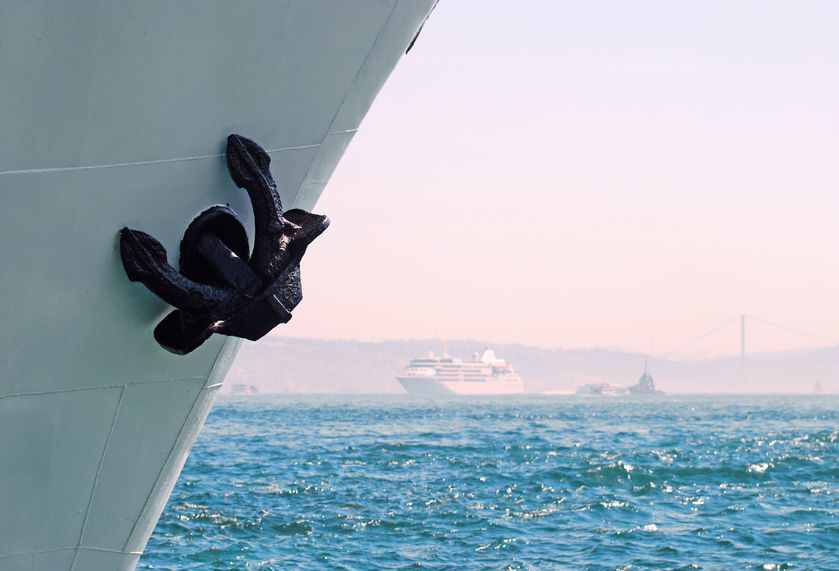 Twenty years ago yesterday at 4:00 p.m., I walked down an aisle, and became a bride.  I had no idea what it meant to be a bride.

That evening as we settled into our bridal suite, a hotel off the highway, I fumbled around in the drawer beside our bed to pull out the Gideon Bible.  Beside it lay a single pewter anchor fallen from someone’s bookmark.  I turned it over with my fingers, and heard a popular song running through my head, “The Anchor Holds”.  Immediately, the Holy Spirit spoke these words to my heart, “It’s going to be rough for a while, but I am your anchor.  I will hold you together.”  Honestly, I thought that an odd thing for Him to say as I began this journey with my husband.

Within two hours of saying I do, I found myself hopping on one foot, as I had fractured my other foot while running down concrete steps covered in bird seed in shoes a little too big, and a little too slick.  Within two weeks, I felt like a caged bird, trying to escape, yet knowing I had committed myself to a lifetime with this other person.  Don’t get me wrong.  My husband is a wonderful man.  I just didn’t know the depth of unresolved pain in my own hidden heart.

I had no idea of all the walls that I had built up to protect myself from being loved.  Love meant the chance of heartbreak.  It meant vulnerability.  It meant I had to come out of hiding.  I hadn’t known that my gut reaction would be to run, run as fast as I could away from this man who said he loved me.  I didn’t know that on my wedding night I’d feel shame, uncovering my wounded heart.

For months, my dear newly wed husband didn’t know what to do with me as I paced nights across the floor.  He had said the past didn’t matter.  But it did. Because it did, my heavenly father put a rescue plan in place for me, and began to try to reach this broken one.

For a time, the fears and pain subsided, until our children were born.  Then the anxieties returned with a vengeance, and my heart had slowly become emotionally divorced from my husband.

For years, Holy Spirit had said it’s not time yet to open the past, but when I became pregnant with our third, I sought counsel.  The Lord said, “It’s time.” So, I began to allow Jesus to undo me, to brick by brick, take down the walls that I thought had protected me, but in truth had imprisoned me.  I began to forgive and receive forgiveness.

My husband, who had every reason to step away, chose instead to come alongside, to walk with me.  He hasn’t been able to relate to my suffering, but he’s never left me alone in it.  And instead of growing apart, though believe me the road grew much rougher, far rockier than either of us could have imagined, we became one.

A friend of mine says to newlyweds on their wedding day, “Welcome to the first day you die.”  Isn’t that what love really is; laying down your life for another?!  At least, that is the kind of love that endures the tests and the storms of life.  Isn’t that what Jesus is, our example of what laid down love looks like.  He laid down heaven, His kingship, His reputation, His comfort, His life with the hope that we’d say yes to His invitation to become His bride.  He promises to anchor us in His love, so that when the storms come, because they surely do, sometimes much quicker, and far more fiercely than we think, His love will be more than enough to hold us.

Twenty years later, as I reminisce about the years gone by, I think about the truth in those words. The anchor holds.  Jesus has been the only thing that held these two broken vessels together.  Two broken vessels, now broken together.  He has always been faithful to His promises!  And this one, less broken heart is full of gratitude!

← How Revival Comes
An Altar →

2 Comments on “Becoming One”