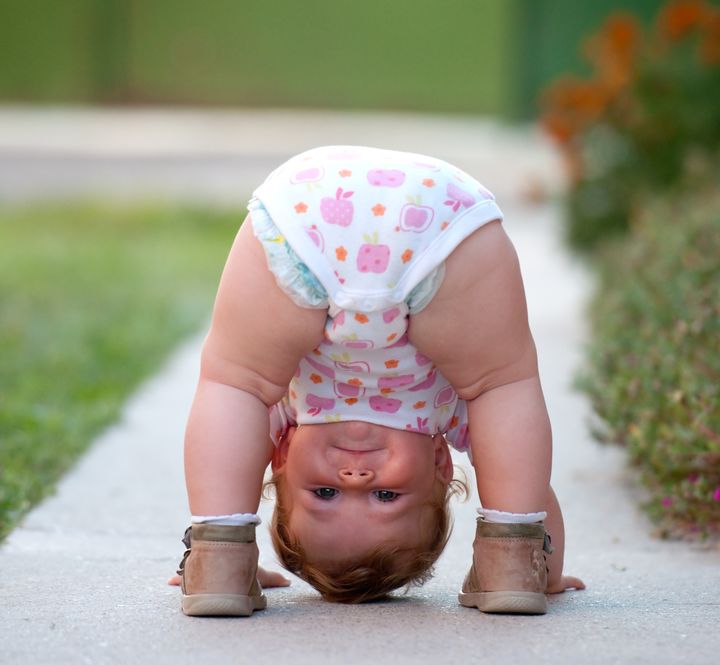 The Upside Down Kingdom -Pt 1

The kings and men of authority in this world rule oppressively over their subjects, claiming that they do it for the good of the people. They are obsessed with how others see them. But this is not your calling. You will lead by a different model. The greatest among you will live as one called to serve others without honor. The greatest honor and authority is reserved for the one who has a servant heart. The leaders who are served are the most important in your eyes, but in the kingdom, it is the servants who lead. Am I not here with you as one who serves you? Luke 22:25-27 TPT

Sleepily, I rubbed my eyes and with blurry vision glanced over at the clock. 3:00 AM again. I sighed. In my mind, I heard the faint whisper, “Luke 22:25”. Reluctantly, I fumble for my phone, tap the screen, and begin scrolling through my apps to find my Bible icon to search for the reference I’ve just heard, while trying not to wake my sleeping husband.

Born into a pastor’s home, I have grown up in church my whole life. Sometimes that’s been a positive thing, and sometimes not. Through the years, I’ve seen many leadership models, programs, and church structures come and go. Friends have questioned me again and again as to why I’ve stayed in the organized, corporate church for I’ve had every reason to walk away. In truth, I have, but “Papa” loves people. He loves His body, and He compels me to stay. I used to be afraid of being outside a local body, because I was raised in a fear-gospel that was far from being good news, but now I don’t stay out of fear. I stay, because I love Him, and I love people. It is family to me.

My paradigms about “organized church” have been shifting though. His kingdom is an upside down one. My three o’clock revelation was one such moment.

Cultural systems typically fall into a pyramid-like structure. Many people at the bottom that support the few or the one at the top. The top is commonly somehow “elite”, “set apart”, and in many cases “untouchable”. Think “Pharoah”.

People also tend to want to put leaders on pedestals. Throughout all of history, this is the model that government, business, and even most of the time, “church”, has fallen under. Many times we look to the “man of God” to solve our problems, to be our “priest” between God and us. It’s more comfortable to send someone else to go on our behalf to the mountain of God than to go ourselves, because it doesn’t require much of us. Unfortunately, this fosters a welfare mentality, even in the church.

Every structure will have some resemblance to the pyramid model. We function best in a social environments with leaders. Cultural systems through out all history have some form of leadership. Even when the system was nomadic, there would be a clan or family head. The family unit is God’s idea, with the father at the head, then the mother beside him, and the children around them. Even God’s kingdom, is just that, it is a kingdom. He is the “King of Kings”. It’s not a democracy. It’s not a republic. It’s a monarchy.

There are aspects of the Kingdom of God though, that I think we should try looking at a little differently. Perhaps flipping that pyramid upside down would help us to have a better understanding.

The Jews in Jesus’s day were under the thumb of Caesar, a self proclaimed “god”. Generations before, the Jews had sought “a King” to rule over them, instead of choosing into the God of the universe being a King and them being “royal priests unto Him”. When Messiah appeared on the scene, they were looking for a dictatorship. They wanted a King, like King David, to come and rescue them from all their enemies. When Jesus came as a servant, they just had no way of wrap their minds around that concept. A servant King made no sense to them.

On a weekend excursion, my family found ourselves peering up at the most amazing tree I’ve think I’ve ever seen, the Angel Oak, the icon of Charleston. As I pondered it’s massive trunk, and hundreds of branches that reached out mangling in all directions, pushing outward, and upward like octopus arms weaving in and out, up and down grasping for sunlight, the Holy Spirit spoke to me. “This is like a family structure.”

Jesus came to serve, to lay down His life for His children, so that He could win us back. The leadership model He leaves us with is very different than what we would expect. According to the verse from Luke holding a title in the church doesn’t equal authority in the kingdom of God.

We are to honor those whom God places in authority, absolutely. In fact, the word tells us to honor each other, to and love each other regardless of title, especially in the family of God. Honestly, we don’t really have a good grid for honor in our culture. Honor means I put extreme value on a person or thing. I treat it as precious.

There are times though that I’ve seen more spiritual authority operating in an unnoticed mama of babies who tirelessly serves her family or a forgotten elderly man who has spent countless hours on his knees in prayer, than in some church leadership. Why?

God doesn’t look at things the same way man does. He looks at the heart of the person, the way that person served others, laying down their lives for those around them. He gives authority to those who walk in humility, honor, love, who serve well, and forgive well. Authority doesn’t always look like a title or a position.

The offices of pastor, teacher, evangelist, prophet, and apostle were meant to serve the body until we all become mature enough to step into a priestly role in unity. And their calling is to nurture and prepare all the holy believers to do their works of ministry, and as they do this they will enlarge and build up the body of Christ. These grace ministries will function until we all attain oneness into the faith, until we all experience the fullness of what it means to know the Son of God, and finally we become one into a perfect man with the full dimensions of spiritual maturity and fully developed into the abundance of Christ. Ephesians 4:12–13 TPT

Have you ever read what a true apostle looked like? These are Paul’s word describing the office of apostle:  It seems to me that God has appointed us apostle to be at the end of the line. We are like those on display at the end of the procession, as doomed gladiators soon to be killed. We have become theatrical spectacle to all creation, both to people and to angels. We are fools for Christ, but you are wise in Christ! We are frail; you are powerful. You are celebrated; we are humiliated. If you could see us now, you’d find that we are hungry and thirsty, poorly clothed, brutally treated, and with no roof over our heads. We work hard, toiling with our own hands. When people abuse and insult us, we respond with a blessing, and when severally persecuted, we endure it with patience. When we are slandered incessantly, we always answer gently, ready to reconcile. Even now, in the world’s opinion, we are nothing but filth and the lowest scum. 1 Corinthians 4: 9-13 TPT In other words, I don’t think most of us would run for the office of “apostle”, if that’s what we thought it would be like.

Even the prophet, Samuel, when examining the sons of Jesse, thought surely he’d hit the jack pot with this fine line of robust young men, but God said no to them all. They summoned the ruddy, runt of the pack, the simple shepherd boy in from the field, and God said, “Yes. That’s my man.” He also proceeded to tell Samuel that He doesn’t look at man’s outward appearance like we do, but He looks at the heart. Most of the time, the girls of the family were the shepherds in Jewish culture, so David actually worked a lowly position in the eyes of his family. Some believe he was given the job, because he was a half-brother. Whatever the reason, he was not the favored son of his father by any means. But he was God’s favorite.

So, elders in the early church, what was their function? Well, initially, they were called to distribute money, food, etc. to help the poor, the elderly, the widows and children. Jesus said that undefiled religion is this, that you care for the orphans and the widows. Their function was to care for the body.

In 1 Corinthians 12 TPT, Paul talks about the parts of the body of Christ. He says, In fact, the weaker our parts, the more vital and essential they are. The parts we think are less honorable, we treat with greater respect. And the body parts that need to be covered in public we treat with propriety and clothe them… God has mingled the body parts together, giving greater honor to the ‘lesser’ members who lacked it. There is no hierarchy here. No line between the church leadership and the congregation.

He continues to talk about the spiritual gifts and offices, but at the end says that He will now show us a more excellent way.  In 1 Corinthians 13, he talks about that way. It’s the way of love. For all our prophecy, words of knowledge, titles, spiritual giftings, and positions will amount to nothing if we don’t have love. Agape love. In fact, many will stand before the King and have done many “good works”, but the “Righteous Judge” will say, “Depart from me. I never knew you.”

Leadership is valuable and needed, but maybe our view of the body needs to shift a bit. Spiritual authority is given to those who serve others the best with the right heart. If we will be like our blessed Savior, walking in the kind of love He did, we will be great in His kingdom. That matters to me far more than any title or position. We will be like the tree planted by the streams of living water, stable, full of life and vitality with deep roots and supporting many branches, helping others receive from the life giving Son, and bearing much fruit for the kingdom!