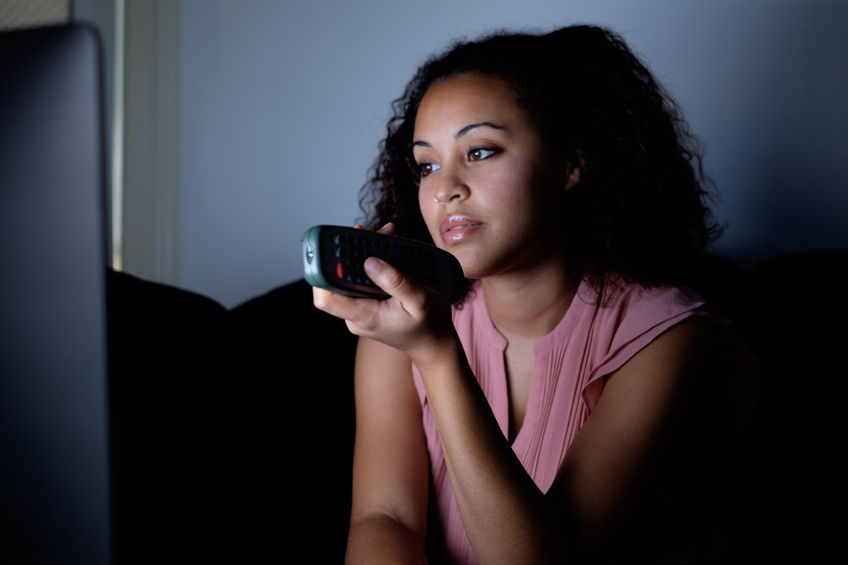 Last night my family and I relaxed at home as we waited out the arrival of Hurricane Florence.  We had spent time out on the porch in the cool and breezy evening and then watched a few hours of TV.  I didn’t find anything we watched all that interesting, yet there I sat like a roasted potato on the couch.    At one point I felt the Lord call me to the study to read and even to read with my daughter, but I was feeling lazy.  I walked into the study and picked up my bible and laid it back down telling myself I would bring my girl in in a few minutes to read together.   Then I went back and sat down in front of the TV, bored, but there nonetheless.  Later, as I walked by the study on my way to bed, I saw my Bible there, waiting for me still.  I turned off the light and went to bed.

A few hours later, I woke up and then tossed and turned for a bit.  Unusual for me.  Then I heard some familiar words, “Not everyone who calls out to me, ‘Lord! Lord!’ will enter the Kingdom of Heaven. Only those who actually do the will of my Father in heaven will enter.” Matthew 7:21 NLT  As I began to think on this, a lengthy, mostly one-sided conversation followed.

I was reminded that I call Jesus my friend, my savior, my lover, my brother and many other names.  He fulfills each role more noticeably at times, but I always call Him my Lord, and yet, I don’t always treat him as such.

My “Lord” is the sovereign King of my heart, whose authority I live under.  Though I serve Him and minister to others most every day of my life, is He really Lord if I don’t move every time He calls?

Google Dictionary defines Lord as: Someone or something having power, authority, or influence; a master or ruler.

In our culture today, many of us bristle at the thought that someone can tell me what to do.  Yet Jesus, who IS GOD, willingly submitted His will under the authority of the Father.

He is my Lord because He purchased me, forgave me and brought me into His Kingdom. (Colossians 1:13)

15 Christ is the visible image of the invisible God.
He existed before anything was created and is supreme over all creation,[a]
16 for through him God created everything
in the heavenly realms and on earth.
He made the things we can see
and the things we can’t see—
such as thrones, kingdoms, rulers, and authorities in the unseen world.
Everything was created through him and for him.
17 He existed before anything else,
and he holds all creation together.
18 Christ is also the head of the church,
which is his body.
He is the beginning,
supreme over all who rise from the dead.[b]
So he is first in everything.
19 For God in all his fullness
was pleased to live in Christ,
20 and through him God reconciled
everything to himself.
He made peace with everything in heaven and on earth
by means of Christ’s blood on the cross. Colossians 1:15-20

Not picking up my Bible in a given moment may seem like a small thing, but the God of the universe asked me to do it.  Do you think He might have had an important reason for me to do it?  When I cross over to see Him face to face, I don’t want to find out that I missed out on the fullness of my destiny because I sat in front of the ‘Lord of the Living Room’, the TV, instead.

In the prophetic culture I live in, we tend to lean in to words that speak of our destiny, our calling, the will of God in our lives and then wait and pray rather impatiently for their fulfillment; but it is these little moments of obedience or resistance that determine whether I fulfill that destiny to its fullness or not.  That choice is mine.  This wondrous God allows me, his servant, to determine how fully I live out His good intention for me and His good intentions through me.

I am thankful for the kind and gentle reminder of His desire to live in the little moments with me.  I am thankful that He would bother to lead me and draw me in to His heart.  I am also thankful for the reminder that even though He has done everything necessary to save me, make me right in His Father’s sight and to bring me into His Kingdom, He still allows me to choose how much I want to engage with Him in the fulfillment of my destiny.

Lord, Lord make my heart like yours.  Strengthen me and give me the wisdom to trust you EVERY moment with my obedience. Amen

← Circles of Family
Bread In the House →