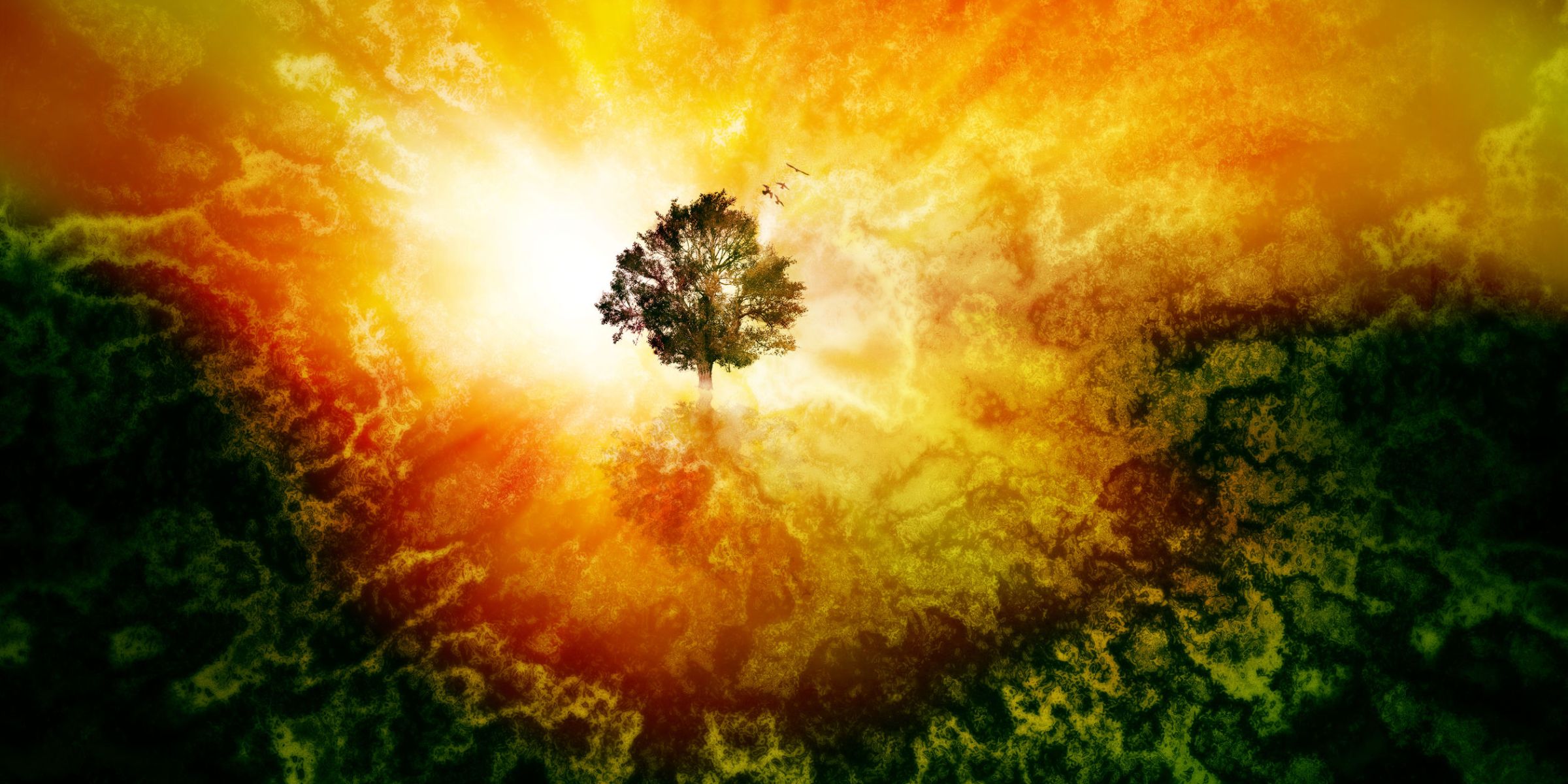 The Question- (More Tales of The Warrior)

He nudged the fire once more as the blaze caught and began to put off welcome heat. Coaxing flames to life was not something The Leader had to do, He could have just looked at the pile and instantly had a fire large enough to roast an ox. But there was something about coaxing things along that excited Him. Noting the rapidly rising sun it was time to wake her up…

It came so softly The Warrior thought she must have dreamt hearing her name on the wind against her cheek. Half asleep still she hoped she was dreaming because yesterday had been a long day of settling back in at home after long weeks in battles. The Warrior loved every battle and thrilling victory over the Liar but she really hated having to clean the dust off of her furniture, dishes and to wash her filthy things upon return. “Serilda…” it was almost sung and accompanied by a sweet smelling breeze through the shuttered window. Snuggling down a bit further she relaxed even more, the sound of her name and the breeze was so soothing. “S-e-r-i-l-d-a” the breeze had shifted to a sharp wind that blew one side of the shutter open banging it off the wall and leaving no doubt that she was no longer dreaming. Groaning at the sudden light and wind blowing through her room she cracked an eye open to take in the outline of The Leader against the warm light of morning.

“Morning… looks bright out…” Serilda grumbled as she mostly fell unceremoniously from the low bed and stumbled past The Leader to push the shutter closed. She found the shutter wouldn’t budge from the wall despite her pulling with both hands. Huffing from effort and mild frustration she turned again to The Leader who looked quite pleased to have her attention. Smiling He pulled a flagon from behind His back. Uncapping it, the scent that wafted out was the elixir of life to Serilda’s senses – hot, dark morning brew. Stubbing her toe but never noticing, she lunged for the flagon and grabbed it like a desperate animal would lunge for meat. “It’s nice to see I have your full attention now Serilda” The Leader laughed as he sat on one of two wobbling stools. “I have a plan that I need you to work on.” Serilda with the aid of the morning brew and the promise of a new plan to work out sat up with bright eyes. The Leader continued.” It will undoubtedly be messy. Uncomfortable for most of the time I’m sure. I’ve sent so many on similar missions but some got discouraged or simply gave up because of the sheer effort this requires. But we NEED this plan to work. I NEED you and the others I’m asking to join in similar plans to see this through.”

The pained expression on The Leader’s face pulled at The Warrior’s heartstrings and the anticipation of a challenging fight caused The Warrior’s body to tingle. “I’m in, all in, whatever you need. I can go today, I can go now, it even saves me from more cleaning.” as she stood and began stuffing items in her pack. The energy was palpable as Serilda rushed around the room pausing only to wrap her well-worn wrist guard with the Emblem of her Leader around her wrist. “Do you have the details written down? I can travel wherever. You know I’m not afraid of a walk.” Standing The Leader stopped The Warrior as she stuffed food into another pack. “Serilda let me finish before you’re half way into another realm. I love your enthusiasm, as I said before your scrappiness is a quality I love but it’s time to see you become a true Conqueror in war. What I’m asking you to do is the first and most important lesson for a Conqueror but it also challenges the most seasoned Warriors and Conquerors. All of this world and the other worlds we fight for depend on this next series of plans succeeding. This is a different time than any other time in the tales of old men. The Gates to worlds and kingdoms you’ve dreamed of entering are closer to being available for unlocking because of the victories we have achieved but there’s more to gain! The Liar tightens his grip on the world we are in now, but he will NOT have it.” Real fire sprung up from the dirt floor around The Leaders feet and crackled loudly to punctuate the end of His impassioned speech. Serilda The Warrior dropped to her knees. “I’ll do whatever you need. My life is not my own and hasn’t been since I joined your Camp. I’ll go where ever you go, where ever you say, I know if I am sent on your Word I cannot fail.”

Smiling The Leader pulled The Warrior to her feet and walked her outside into her dooryard. The inside of Serilda’s house may always have been dusty and nothing matched, not plates or curtains, but The Warrior’s dooryard was another matter entirely. Vibrant plants and ancient trees whispered “Good Day” to anyone who would pause long enough to be quiet and listen. Color was everywhere with the deepest green imaginable, the common thread tying it all together, displayed in leaves, stems, stalks and moss. The ground oozed life and The Leader closed His eyes to soak in the essence of the garden. “Serilda you hold life, it’s here in what you plant on the land and it will be what you take where I am sending you. Remember that when you want to give up. Remember who you are and what I’ve given you. Now are you ready to hear the next part of the plan?”

← The Warrior
The Joy of the Lord is My Strength →

One Comment on “The Question- (More Tales of The Warrior)”