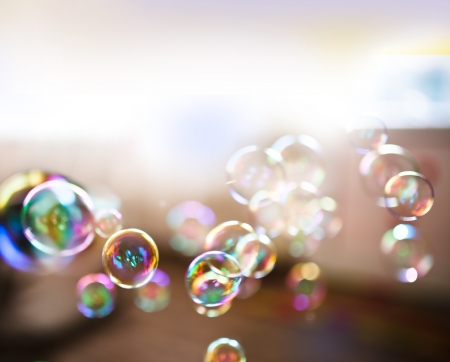 Do you know that there are stories that are “not yet”? They have not happened yet, or have happened, but have not been written and shared, not been lived or dreamed about. … or – just not yet. This is one of these – “not yet” stories.

A girl of 7 or 8 was sitting with a boy, Jesus, around the same age, at the edge of a cliff. She was dressed in a simple half-length cotton dress – light grey with bright yellow sunflowers on it. Her hair was braided in 2 thin blond braids down to her shoulders. However, since her head was constantly moving, there was no peace for her braids.

People often say about such children – “like a wind”! Even if she was sitting still, something in her was moving, even if it was because of inertia. Jesus was very similar in this sense, but also completely different, because there was a peace in him. It is a peace that must be written with a capital P – Peace! Deep and flowing. Peace that is not emptying you, but fills you up, until you are so full that it overflows and you just cannot sit still.

Kids were sitting on a stone pier that was stretching way into a sea. Their feet were dangling over the waves. Sea was in a playful mood and tried making different shoes on the children’s’ feet. White, fluffy and changing shape. There were boots up to their knees, there were slick slippers and fancy crystal ones with intricate green seaweed decors. However, the children were immersed in a more serious job and often did not even notice the hard work of the sea waves.

The children were working on blowing soap bubbles! Have you ever made soap bubbles? You know if you blow too hard, they will burst. In addition, if you don’t blow hard enough they will not form. Then you try to make the bubble as big as possible! Or, as many as possible with one breath.

So they were blowing soap bubbles, watching them fly around and enjoying the sun reflections and colors in them. The girl for a moment forgot her bubbles and with a half-opened mouth looked at the wonder-bubbles, made by Jesus. Well, these were not regular bubbles at all… sometimes wonderful animals like bears, made from clouds, flew over the sea… or huge white and purple fluffy balls with glistening wings like a hummingbird appeared, then they suddenly started to hum. From these balls a pink elephant trunk with diamonds on it popped out. And then butterflies popped out from diamonds… and then the bubble exploded! Butterflies scattered all around and, to the joy of the children, sat on their hair.

However, Jesus was blowing yet another bubble already, and this time it looked like a city. If you looked into it, you could see people walking on streets, horses grazing in fields, houses with bright glowing colors and flowers were blooming right out of the roofs and trees where growing downwards from clouds, toward the people, with roots growing deep into heaven.

The city flew up above the sea… Jesus was making his next bubble, looking straight at the girl. A huge eagle appeared in front of her eyes and she saw herself sitting on the eagle’s back! The eagle opened its mouth and … the bubble exploded into small golden fluffs that snowed over them.

“It’s not fair! You didn’t allow me to fly even a bit!” protested the girl
“I didn’t allow you?” asked Jesus
“Yes! It exploded!” cried the girl
“Because it’s mine,” said Jesus, “Try it yourself!”

I took a deep breath and tried. Peace came first. Then, a conviction that I CAN, and then… Yahoo! I started to laugh, because, while blowing my bubble, I understood that I AM already flying! Somewhere deep beneath me the sea was surging and trying to catch me, worrying like an anxious godmother about a restless child. I will hurt myself!!! Girls should not behave like this!!! Nevertheless, I was enjoying the freedom and the flight. Cities, fields, mountains and valleys, peoples faces and huge angel’s strong shields that protect cities and nations….

I opened my eyes and looked at the sea. Jesus was sitting next to me.
“Thank you.”
“You’re welcome.”
“Wow!”
“Yea!” Jesus replied, smiling.
“But, I was blowing before that too, but nothing worked.”
“You have to choose. Do you want to fly, or to be mad?” Jesus said, looking at me with peace.

I thought about it and allowed the anger that piled up in me, to come up. Anger almost got stuck in my throat. Tears rushed in my eyes and spilled over on my cheeks. Anger tightened my lips and I had to collect all my strength to blow a bubble. I took a deep breath, looked at Jesus and blew. Something muddy and greenish-black started to grow before my eyes. It had many thorns, horns and scars. It grew, spread and swelled, making rumbling sounds. My fears, from what I saw, blew the monster’s skin and made something like a shell. I froze inside and the monster grew.

Jesus leaned towards me and asked quietly:

“Would you like to keep it or will you let me fight with it?”
“What?” I asked.  I shook, because I was almost hypnotized by the monster I created. I looked at Jesus, who looked with interest at the murky monster and me in freezing armor.  He said, “I am asking if you would like to keep it. Or maybe you will give it to me?”

Do you know how a nine-year-old boy’s face changes, when he is about to face a new adventure, with fighting and exploits?
“SO, can I!? Please!”  He was actually pleading with me! I could not understand his excitement, but he is my friend, so, “Sure! Be my guest.”

I have no idea where He came up with the sword, but there it was. He stood up and, with a victory scream on his lips; he jumped and pushed the sword right into the middle of the ugly monster. Explosion, smoke and then the greenish slug started to rain down.

Jesus leaped with the joy of victory!  “Come on!” He shouted at me with joy. “Come on! Let’s celebrate! There goes your anger and fear!! Uhoo!!! Yeaaaa!!!”

He kept screaming and jumping along the pier. I could no longer sit. I joined Him! Then we were jumping, running, and screaming on the pier. Sea was joining us, by dressing us in the armor of white wave foam.

And we were dancing, leaping, and singing.

When no breath was left, we were laying down on the pier and watching the skys and I said, “You know, it is much more fun to blow monsters when you are near.”
“I am near you all the time. But I wish you would let me fight them for you.” He replied gently with the longing for new victory that only a nine-year old boy could have.

You know the stories that are or could be. Or they have been or perhaps they have even never stopped being at all. So, just close your eyes, breathe deep and …. blow! 🙂

← A Walk With God
Untwisting →