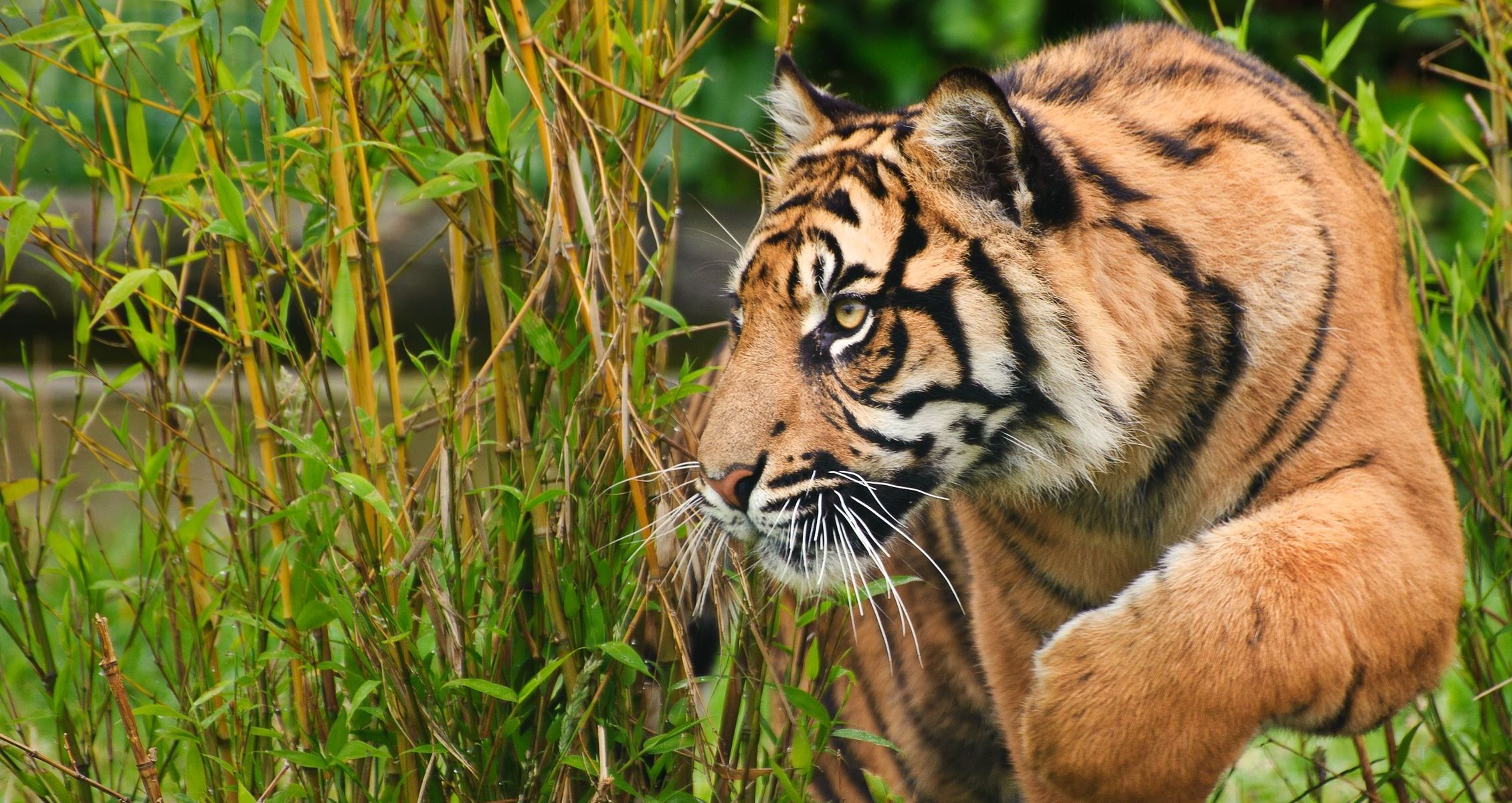 Posted on September 3, 2016 by Adel Forsythe

A couple months ago, I was on a flight from Texas to South Carolina, bringing my Dad back home with me for a visit.  We had booked the flights late and so we each had a middle seat about 10 rows apart.  Because my Dad is 88, I asked to pre-board with him. The agent asked for my boarding passes and said, let me see what I can do. Next thing I knew he had us seated together in a window and middle seat with the aisle open.  As it was a very full flight, I prayed about the woman that would probably sit next to me, (these days I seem to do a lot of ministry in airplanes and restaurants.)

An older woman slowed down, eyeing the seat beside me but kept going.  Then, a young woman seemed to be heading to the seat, but also kept going.  I got busy with my computer, and next thing I knew a guy was packing his things in the overhead and then sat down next to me with a couple of wet wipes, boisterously saying, “you probably think I’m crazy”…big blue eyes smiling, as he wiped the tray table in his seat.  I said, “ I don’t think you’re crazy, I’m a mom”,  and he handed me a couple wipes.   As I cleaned my tray table he introduced himself as Bob, and I reciprocated and introduced my Dad too.

Somehow, almost immediately, he started to tell me about the events, over the last year, of his life that had led him to believe in Jesus, to meditate and obey the things he felt the Lord saying to him.  He asked if we wanted to read the things the Lord had said to him.  (All the while we are still on the ground – delayed because the toilet up front needed repair.)  Dad and I said, “Sure!”  So he got up and got his bag down and pulled out a clipboard with notes from his conversation with God. Mysteriously the plane was very quiet as we waited, which drew everyone’s attention to Bob’s story.  No one seemed to be in conversation or on the phone.  I was aware, though he didn’t seem to be, that everyone within a couple rows seemed to be listening to our conversation.

On the clipboard he had written down what the Lord told him and his responses.  Everything the Lord said was very clear and very much the God I know.  He heard clearly and obeyed even when it was crazy!  The Lord asked some hard things of him and told him he would receive nothing for doing it, but he did it anyway.  The things the Lord asked involved putting in more than a year of work to try and help a young woman he barely knew. It cost him and his wife money out of their own pockets.  The Lord put a fatherly heart for the woman into him, so it cost him emotionally too. It cost him time and he constantly questioned whether he was really hearing from God or if he was going crazy! In the end, the woman, who according to attorneys should, without question, have gone to prison, ended up in a serious rehab and time served.  The Lord had instructed Bob to take care of His daughter and he had done just that.

Before these experiences, he had known about Jesus and believed in a higher power or God.  He said that he now realizes that Jesus is real, He wants to move forward but doesn’t know how.  I encouraged him in all he was hearing and doing.  At a certain point, at nearly the end of our 2 1/2 hour flight, I felt like we were done, so when he returned from the back, I excused myself and put on headphones as I had originally planned to do. As soon as I did, I saw a picture of a baby tiger! It was tiny but fully formed.  (About a month before, I had had a vision about walking along hand in hand with Father and petting a fully grown tiger that walked along beside us.  Then I moved beneath the tiger and pushed my hands up, somehow birthing a baby tiger!)  As soon as I saw the tiger, I knew I needed to pray with him and stay connected to him.  This was a surprise to me as I had assumed all my baby tigers would be women, since that is where the Lord has had me focused for the past few years.  Wow!  How amazing is the Lord?  A month or so ago he gives me a vision about birthing baby tigers, now he brings one to me!  I told him that he needed to let me pray for him right then.  He said, “Right now?”  I said, “Yes.”  So I put my hand on his head (felt led to) and prayed some crazy prophetic prayer over him.  The Spirit was all over it and it was really cool.  That day was Bob’s birthday (in the natural and maybe in the spirit too).  Dad and I had been moved to those seats and Bob had been too!  Cool!

Well, you know how when you have made a good connection with someone on a flight, but it feels awkward to try and continue a relationship?  It felt like that, but nevertheless, I gave him a card and asked him to let me know how things went with the girl.  He reciprocated  and a few days later I got a call from him.  He wanted to know what he had felt when I prayed for him and why did he feel like we were supposed to be connected.  He felt awkward calling me but he has lots of questions about how to know when he’s hearing God and whether he has given good advice or not.  I am constantly amazed at the level of relationship he has with the Lord already, the level of understanding that has come into his life as a result, and the amount of loving acts that come out of his life as a result.  His true religion, true intimacy with Father surpasses many believers who have been walking with the Lord a long time. (See James 1:27)

A couple weeks later, on my birthday, my husband and I got to do a FaceTime call with Bob, a little get-to-know-you for the guys and a little counseling/prayer time too.

A couple weeks after that Bob came over for lunch while on a business trip through our city.  He had gotten some shockingly bad news on the way over and was still rather staggered.  He said that he got a call from the Rehab place where the woman was doing her time and they said that they were bouncing her out, with a very short time left on her sentence.  That would mean that she was going to prison.  No details were given and he had a lot of calls to make to try and find out what was going on. He was trying to understand how this could be after the year of following God’s leading.  We reassured him that things are not usually as they seem in the natural.   After lunch we prayed with him, expelling fear and replacing it with the perfect love of the Father.  His attitude was improved, but he wanted to get moving and see what he could find out.  It was kind of surreal to all of us the way the Lord had worked out our meeting on the plane, and now he was here at our house and we all knew the Lord had more purposes in mind!

About a week later, when she was settled into a temporary situation, Bob asked that I recommend some books for her.   I recommended a few but he only could find her one of them on short notice.  She voraciously read, “Fashioned to Reign” by Kris Vallotton.  She loved it.  Bob had told her about our meeting and that we were now praying for her too.  As soon as possible we want to go and visit her, but we also knew she needed some help sooner, so Bob arranged for her to be able to call me.  I received an automated operator telling me that this was a call from a prisoner and that I had 15 minutes and would be recorded.  No pressure!

After quick hellos, I verified that she had become a believer some years before, then quickly helped her to understand what belongs to us as believers in terms of freedom from the curse, deliverance and authority.  It was the quickest discourse I have made so far and tried to clearly and concisely help her to understand, then prayed a prayer of deliverance for a couple specific things the Holy Spirit called to mind, and then prayed the filling of the Holy Spirit.  Lastly I gave her some tools to do spiritual warfare.  I expressed my love for her and let her know that she is not alone in this and that was about all the time we had.  I know there will be more to cover with her later, but it was a beginning and the Lord has brought us together for His purposes.

So yesterday Bob texted me that he was at an airport in Monroe, LA and met a priest, Father Joe who was heading to Rome to be involved with the canonization of Mother Theresa.  Father Joe had been her confessor for 19 years!  Bob, (raised a catholic), asked him why it was necessary to confess to another human.  The priest told him it was the need to say it out loud to fully experience the forgiveness.  I thought this was a pretty good biblical answer.  Bob proceeded to tell the priest and his entourage about his experiences with God and he boldly asked questions and gave his opinions on things that again surprised me for a new believer.  Wow!

In the vision with the tigers, the Father and I, (as a little child), walked out of an orchard with dew on the ground and walked out onto a road in the midst of grading but in early stages. We were walking toward a stand of young planted pine trees that were tall but not fully mature yet. But this place in between was in full sun; hot and dry and there was a little grey rock gravel on the ground like a temporary fix.  This is the place where the tiger joined us on our walk and where the baby tiger was produced too. I petted the side of the tiger’s face as I held onto Father’s hand, then pet along the neck, then along the side and finally pushed the baby tiger up and out.  It was important that I was holding Father’s hand until the birth or the tiger, that seemed so docile, may have eaten me. Tigers are known for their voracious appetites and their fierceness and focus in going after prey.  (These are the ones hungry for God.)

All of this makes me think that we will be raising up believers out of the worldly places, the difficult places, the rocky places, like Bob and Rebecca (another story) and they will need nurturing and exposure to the love of Jesus for them to grow deep roots.  We will need to feed their hunger, teach them how to find nourishment for themselves, deliver them and bring the living water of the Holy Spirit to the dry places.  Whoa!  I know this is the call on my life and my husband’s, to raise up and bring believers to maturity.  Maybe it is yours too?